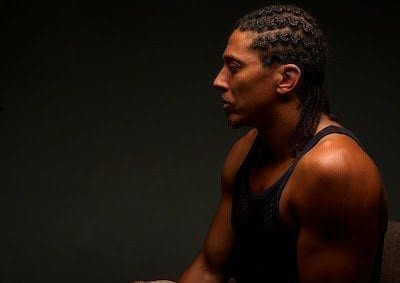 With over thirty years of musical experience, Navigator is a one man whirlwind of onstage energy that can command even the biggest crowds with his trademark brand of conscious raggamuffin lyrics, showing his mastery of street language, tone, projection and delivery with a compelling discipline and a combination of enthusiastic energy, wisdom and friendly warmth that keeps the dancehall under heavy manners.

The man that wrote the definitive chapter entitled ‘The Evolution of the MC’ for Brian Belle Fortune’s bestselling ‘All Crews’ Jungle music history book, also offers daily doses of outspoken opinion, knowledge and motivation through social media that awakens and provokes thought into life. His dynamic message of positivity inspiring personal progression and empowerment clearly resonates with friends, readers and followers alike. He is a father figure to a generation of Junglists and ravers worldwide with the authority that only comes from years of stage experience and living the musical dream of clubs, raves, festivals, shows, studios, collaborations, link ups and international travel.

As a veteran of the global Jungle movement his journey connects its roots to the past, present and future of UK soundsystem culture, from Fatman Hifi, Unity Hi Power and Kool FM to Roast, Jungle Fever, Meditation & Jungle Warriors (Germany), Stush, AWOL, Jungle Mania, One In The Jungle on Radio 1, also starring in the historic documentary ‘A London Some’ting Dis’ and working with bands like D*Note, Asian Dub Foundation, Freestylers, Rawhill Cru, Visionary Underground and Qemists, up to the current party project Bass Bullies with Alaska MC, set to bring more heat to the streets worldwide for 2015.

Releasing anthems over the years like Inequity Worker, Criminal Justice, Culture Move, Ruffneck, Warning, Get Down Massive, Mo’ Fire, Urban Uproar, Got One Life, Fire Bun, Bar Knuckles and Bad Minds to name a few, is a clear indication of his undisputed dedication to real underground culture, beats, bass and urban music, but he’s no stranger to mainstream success…

From headlining the Jazz Stage at Glastonbury in front of 20,000 with the Freestylers with whom he also won Muzik Mag’s Best Band award, touring across America with Lenny Kravitz, collecting a platinum disc for Ruffneck, breaking the Top 40 with Mo Fire, to hitting the No.1 spot on Germany’s MTV Urban Chart with Azad and Godzilla ultimately accumulating a staggering 3.5million views on youtube.

Navi also topped the iTunes chart in Japan with a track called Shake It ft. Adam Clay & Ciljeta with Milan’s finest dance music producers, Spankers on production. Navigator is not afraid to experiment and innovate, adding his voice and identity to a variety of genres from producers around the globe, the mic master with the midas touch, from Manchester to Mannheim, Birmingham to Berlin, round the world and back again.

Navi’s 2017 message: “Achievement doesn’t come for free, you have to RELENTLESSLY put the work in, and when you have achieved your goal it just opens up new desire; therefore the work is never done!”

True to his word as an innovator, entertainer and musical artist his work rate is second to none, always staying on the grind and On Dis Ting!