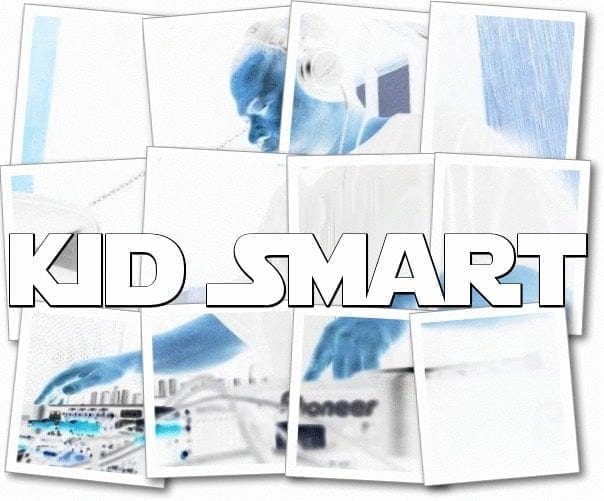 known as on his musical journey to date, a favourite amongst the underground house music scene.

Kid is a London born DJ / Producer & Percussionist and comes from a musical family background going back as far as 1977. Kid’s half brother Leroy Williams and uncle Jeffery Guishard were rapidly becoming major players in the new Brit-Funk Scene (Hi-Tension). `in his early days Kid would follow the band as much as he could to studios, rehearsals live gigs etc, and was given a full insight into the Music Industry behind the scenes as it was happening for the band. Kid’s first trip to a professional recording studio in London was where it all began, a keen 11 year old seeing a full mixing desk for the first time blew his mind, he needed to know how it worked.

Kid studied music at school and played the trumpet for a few years before switching to the drums, his brother Leroy taught him the basics in independence and paradiddles. In fact many of his brother’s friends were musicians and Kid would always be quizzing them about music, a lot of them would recommend records to listen to. Kid would share this knowledge with friends, especially Antonio Raggafunk (PKA Soundman) who met on the first day of high school. Soundman and Kid got themselves weekend jobs in the famous Wembley Sunday Market and would save their hard earned money to buy records, writing compositions and hiring cheap studios to get their ideas down, At one of these sessions they met with Rowan Wilson (PKA Ronnie, producer of Eternal & MN8). Kid, Soundman & Ronnie were now writing as much as they could sourcing vocalists and just having a good time, but as studies got more serious the writing took second place and they just naturally parted ways.

Kid knew he wanted to be involved in a music career as his passion and skills were developing as a trumpet player and in percussion but his parents insisted that he must have a recognised skill as something to fall back on so, Kid trained as a Toolmaker in Mechanical Engineering from the age of 15 to 20. At this time London’s airwaves were being filled with a cool alternative Pirate Radio. Kid presented weekly shows on Time Radio and Girls FM, and then Medina Radio where he met his next production partner Jack Smooth and formed Wax Factory Productions as Smooth & Simmonds. This partnership was very independent, they composed, produced tracks with dj’s which included Carl Cox and Jazzy M and pressed their own records then sold them to the shops and distributors themselves one of the first labels to do so back in 1989! They eventually both went on to form their individual labels as their directions and personal needs were evolving, so Kid went on to form Baby Blue Records plus engineering and production for other labels, DJ’s and artists.

As the rave scene grew in the UK the music that Kid was involved in wasn’t where his heart was so at the end of 1993 Kid visited Detroit after the idea was sold to him by Mike Huckaby the main man at Record Time who had a keen ear for what his customers wanted and was buying records from various labels in Europe. Kid knew from the moment he experienced the sights and sounds of Detroit and Toronto on his trip, this was where he wanted to be, and put his own spin on what he had experienced. Mike introduced Kid to Ritchie Hawtin and Jon Aquaviva of Definitive Records and The Chris Simmonds Project with Mike Huckaby was born recording Mike Huckaby’s mixes at Ritchie Hawtins’ studio in Canada and the end of Baby Blue Records Shortly after this trip in 1994.

Cross Section was set up by Lorraine Kempster who in later years became Kid’s wife. The label which has always been very casual about releases but maintains a good standing with tracks from as far back as 1996 still being championed today! Cross Section has been host to artists such as Mike Huckaby, Tim Deluxe and DJ Sneak, Magoo and Kid has worked with numerous musicians such as Jeff Lorber, Roselie Niclasson, Shena Winchester, Sabrina Malheiros, Luke Buttery and Rick Braun and Xantone Blaq. Kid has remixed for a host of labels such as BMG, Ministry Of Sound, Inhouse Records, Fourth & Broadway, Robsoul, Music For Freaks, Houseguest, Magnetic Recordings and Planet E to name a few, and his remix of DJ Assassin “Face in The Crowd” was shortlisted by Mixmag to be one of the Best Dance Tracks of all time!

As a DJ Kid plays at events all over the world, compiled and mixed CD albums (Latin House Volumes 3 to 8, The Funk Room and The Cross Section Collective), and hosts his very own online stream highlighting the latest releases in House music and with co-hosts the latest in Jazz, Funk, Soul and experimental music old and new!

As the Manager of The White Room Entertainment Studio, located in Tileyard Studios, London Kid has the opportunity to work with more diverse artists, producers and genres of music, so welcome to the sound of Cross Section Music according to Kid Smart Pka Chris Simmonds!